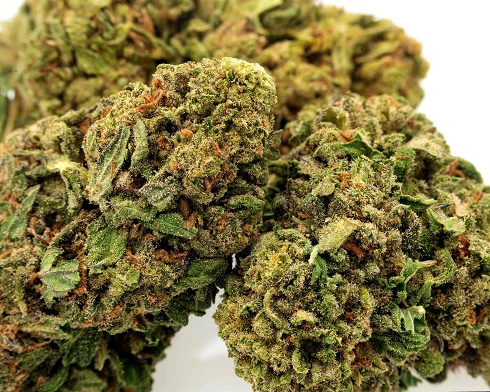 Recently, alarms have been sounding on the national front about vaping, and have placed CBD products in the crosshairs of critical public concern. Although CBD products are acknowledged by science to have potential negative side-effects, instances which could be seen as indicating that CBD itself is a menace to health are almost invariably accounted for, upon examination, by “Black Market” faux-CBD, actually synthetic in most cases, while there is a growing mass of evidence that CBD has tremendous potential as medicine. Indeed, in a currently limited but potentially expanding number of instances, CBD oil is acknowledged by the FDA as a medicine and even used to treat epilepsy.

Medical application of CBD oil indicates promise in the treatment of the following medical concerns, among others:

By far, the largest number of testimonials and body of evidence supporting the prospect of the use of CBD products as medicine pertain to its applicability in treating anxiety and pain, and this review of Special Sauce CBD Strain intends to make the case that Special Sauce is a strain which is on par with the very best for treating those two maladies.

The sources for the research supporting the above claim include the following:

What is Special Sauce CBD Strain and Flower?

Like all CBD, Special Sauce CBD comes from the Hemp variety of cannabis, not the marijuana plant. It is an Indica-Sativa hybrid, and though categorized as Indica-Dominant, users emphasize that it imparts the pleasant mellowing associated with Sativa. To prepare it for use, Special Sauce CBD flower, (or bud), goes through a curing process initially. The flower is then decarboxylated: It is put through a gentle heating process that liberates the psychoactive elements in the bud.

We maintain Special Sauce as our flagship line, and in developing it crossed the original Special Sauce with Early Resin Berry strain to make the complete hybrid now so widely celebrated.

Special Sauce CBD Effects: A Comparison With Some Other Top-Ranked Strains

The CBD percentage is relatively high, and those who garner their own oil from purchased Special Sauce flower, which will come into their possession in a fully cured state, should take care in the decarboxylating stage of acquiring the oil: heat at about 290-300, (no higher: the CBD will likely degrade if you do), for no more than 30 minutes. Some users swear that the potency of DIY oil, (made by themselves from purchased buds), is greater than CBD from retailers.

The six terpenes listed above are only the dominant ones: Lab testing indicates as many as 18 different terpenes in Special Sauce, and it is this rich diversity in terpenes which accounts for the nuanced, complex, delicious berry flavor of the strain.

Special Sauce plants need a warm growing environment, and, like many cannabis strains, (either marijuana or CBD), lots of moisture, (particularly in seedling and early stages). The developing Special Sauce “girls” will need lots of sunshine to be productive, if grown outdoors: Grown indoors be mindfull to use those LED lights according to recommended distance from plants and light schedule.

Special Sauce plants grow quickly and can grow quite tall: Plans can occasionally reach sixteen feet, having grown at as fast as three inches per day.

Space plants seven to twelve inches apart, at about one inch deep: Plants closer together will result in more branching.

When making your purchase, many online retailers will offer a number of “to-pay” options, then indicate the method they prefer: (Sometimes, using this method will get you a discount). It is advisable to pay as much as possible according to your vendor’s preferences, but not doing so is very unlikely to backfire, even as little as delay in shipping: These guys are savvy businessmen.

If you yourself live in the United States and would like to purchase from a vendor overseas, check the full legal status of CBD in the vendor’s country: Even marijuana seeds can be bought from countries where use or sale of marijuana is illegal because potential buyers can theoretically be purchasing the seeds for “seed collections,” and when buying from such vendors there are sometimes obstacles which occur in transit or at customs checkpoints. A great deal in total cost may be less fun if you don’t get your seeds in time to begin an optimum grow cycle.

Here are a few words of testimonial from dedicated admirers of Special Sauce:

SPECIAL SAUCE IS A LOVED VARIETY!